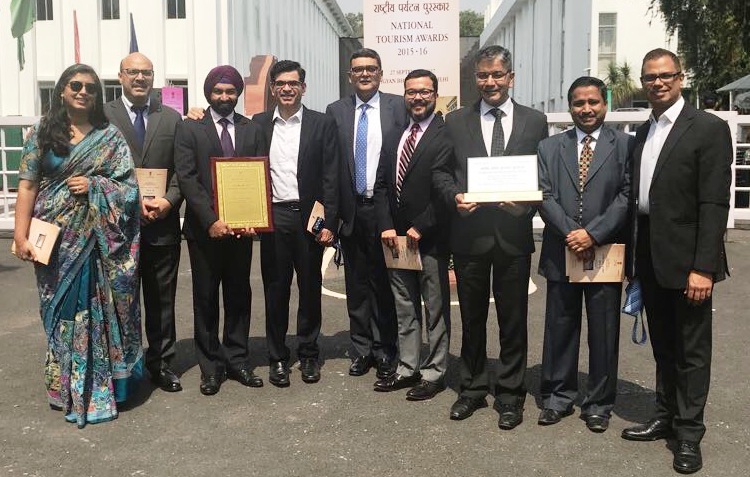 The Company received an Honorary Category Award-Hall of Fame at the National Tourism Awards 2015-2016.

Every year,the Ministry of Tourism, Government of India, presents National Tourism Awards to various segments of the travel and tourism industry.  For the last 25 years the Company has received the National Tourism Award in various categories, which have included: Outstanding Performance as Inbound Tour Operator, Responsible Tourism Initiative, Best MICE Operator and Felicitation for Contribution to the Growth of Inbound Tourism.

This year the company was conferred with an honorary award for Best Inbound Tour Operator, paying tribute to an elite group of National Tourism Award winners who have impressively won the same award at least 3 consecutive times, in the same category.  And considering TCI had already got one 25 times, we certainly qualified!

The awards were given away on 27th September 2017, by the Ministry of Tourism at a function held in Vigyan Bhawan, New Delhi. On the occasion of World Tourism Day 2017, The Hon’ble President of India,  Ram Nath Kovind launched the Incredible India 2.0 Campaign in addition to the new India Tourism website at the event.

TCI wishes to thank all those who contributed to its success in winning this prestigious accolade.