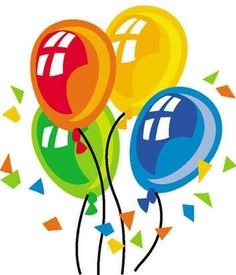 Yes, SOTC is 70 years old, and counting! This milestone anniversary represents an interesting and exciting time for the company. Much has changed since it opened its doors in 1949, but what has remained constant is the passion and determination that has created a resilient corporate culture and ethos, that has withstood the test of time.

The initiatives of the company, has firmly placed it at the forefront of the travel industry, indicative of the forward-thinking business approach that has characterized its work ethic. The longstanding commitment to world-class service delivery has played a pivotal role in the growth trajectory of SOTC. It is now part of Fairfax Financial Holdings and the Thomas Cook India Group, and is a formidable player in the Indian travel space. It has grown to be a leader in segments, such as Escorted Group Holidays, Customised Holidays, Domestic Holidays, Incentive Travel, Business Travel and Foreign Exchange.

Much of its success can definitely be attributed to transformative leadership that strikes the balance between fortitude and foresight, and the great importance the organization places on its human capital. Company employees play a vital role in corporate performance, and SOTC has recognized and acknowledged its most valuable asset.

Celebrating the anniversary at this juncture is the exclamation point at the end of what has been a wonderful journey for SOTC. It has seven decades of exceptional work and achievements. The story is still being written, and as the next chapter unfolds, we are confident that with the continued support of their valued customers, partners, shareholders, board members,  and most of all, the management team and staff, SOTC will chronicle continued success!

Do scroll down the list of contents in the Cover Story and read more about it. View Managing Director Vishal’s take on the company he heads; Check out the Milestones; Revel in the celebrations; Share the responses and feedback off the staff, and enjoy the ‘Did You Know’ at the end to glean some interesting facts about the organisation.

The company looks into a positive future, building on the successes of the past and continuing to pursue a future of sustained growth in an industry of increasing global significance.

Congratulations and best wishes to everyone in SOTC from the entire Group. Wishing you a wonderful future ahead!