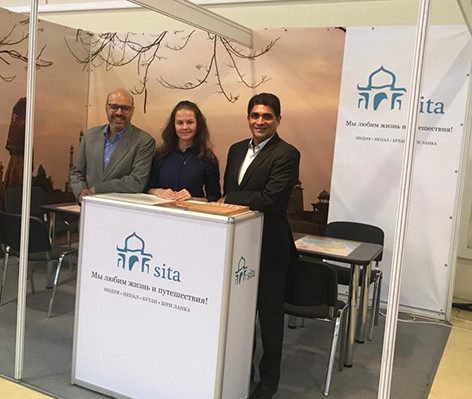 Sita was present at OTDYKH, Moscow once again this year from 11th-13th September 2018, with a 12 sqms booth. The two sides open booth was done up in a chalk-white theme with a grand image of an Indian woman against the backdrop of the Taj Mahal. The company was represented by Ernest Dias, Deepak Sharma and Ekaterina Belova. OTDYKH Leisure is Russia’s leading International Autumn Trade Fair for the travel industry. The show was attended by 674 exhibitors representing 80 countries and regions. It was a very productive show for the company, and Sita was well represented.