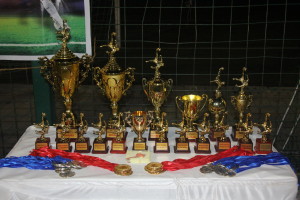 Everyone present was in high spirits waiting to challenge one another other. Members included both men and women.  Just like an IPL match, there was  bidding for the 4 teams by their respective team owners – Suhas Shetty & Urvi Bhatia for Team 1, Muzaffar Ansari for Team 2, Manish Kabre for Team 3 and Paresh Malvankar for Team 4. 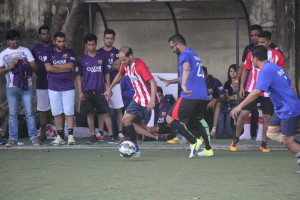 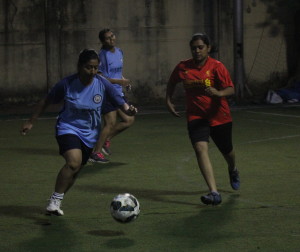 While players carried their own playing shorts, socks, shoes and other accessories, Jerseys were provided on the ground. Each team consisted of 5 active members with the rest as substitutes, available to replace any player at any point of time. There were certified referees all throughout the game with yellow cards – indicating 2 minutes out and red card – indicating out of the match. All very professional!

The football match was fun and exciting and eventually saw Condran’s team and Ervin’s team reaching the finals. At the end, Ervin’s team had won through a penalty shootout. Team 4 rejoiced and the photos featured  speak for themselves!

The Ladies’ football tournament was also filled with great excitement, with both captains and their respective teams battling it out on ground.  Aditi’s team eventually won and there was great cheer in the air.  The winner’s trophy was presented to Erwin’s team and Aditi’s team at the end. The other teams were given runner’s up trophies. Everyone on the ground had a great time, and happily posed for the cameras. The event was a mega success! 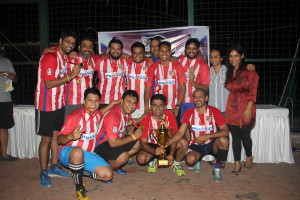 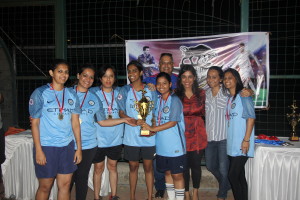 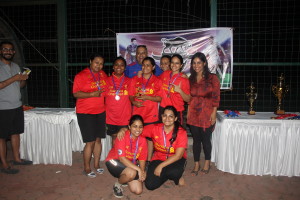 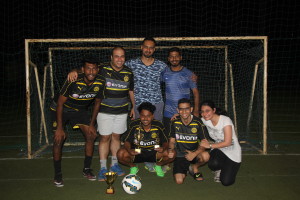