Dubai wanted to be the most active city in the world, so its Crown Prince, Sheikh Mohammed bin Rashid Al Maktoum, challenged everyone to do a 30-minute fitness activity every day for 30 days.

Desert Adventures and Gulf Dunes accepted the challenge and turned it into an exciting competition for everyone.

The Lose-to-Win: DMS ME Fitness Challenge was launched on October 10th, encouraging everyone to lose as much weight as they could in about a month.

The initial weigh-in happened on October 19th, marking the start of the competition. While most fitness activities took place outside the office, some groups were creative enough to squeeze in some exercises during break time.

Case in point, Finance, IT and Marketing teams did a weekly ‘Stairs Challenge’ where they all went to the building’s fire exit and ran up and down the stairs—from the Third Floor to the Sixth Floor, down to Basement 3 and then back to the Third Floor!

To show proof that participants were indeed doing their part in getting fit.  A highlight of the competition was a funky workout photo contest.

On November 16th, participants held their breath and stepped on the weighing scale again for the final results. The winners were announced on the same day.

“The success of this fitness competition goes to show how each of us work hard on achieving a goal. It sends a great message for our business. We have a team that works passionately, all determined to reach our growth targets,” Peter Payet, CEO of Desert Adventures and Gulf Dunes said, as he announced the winners. 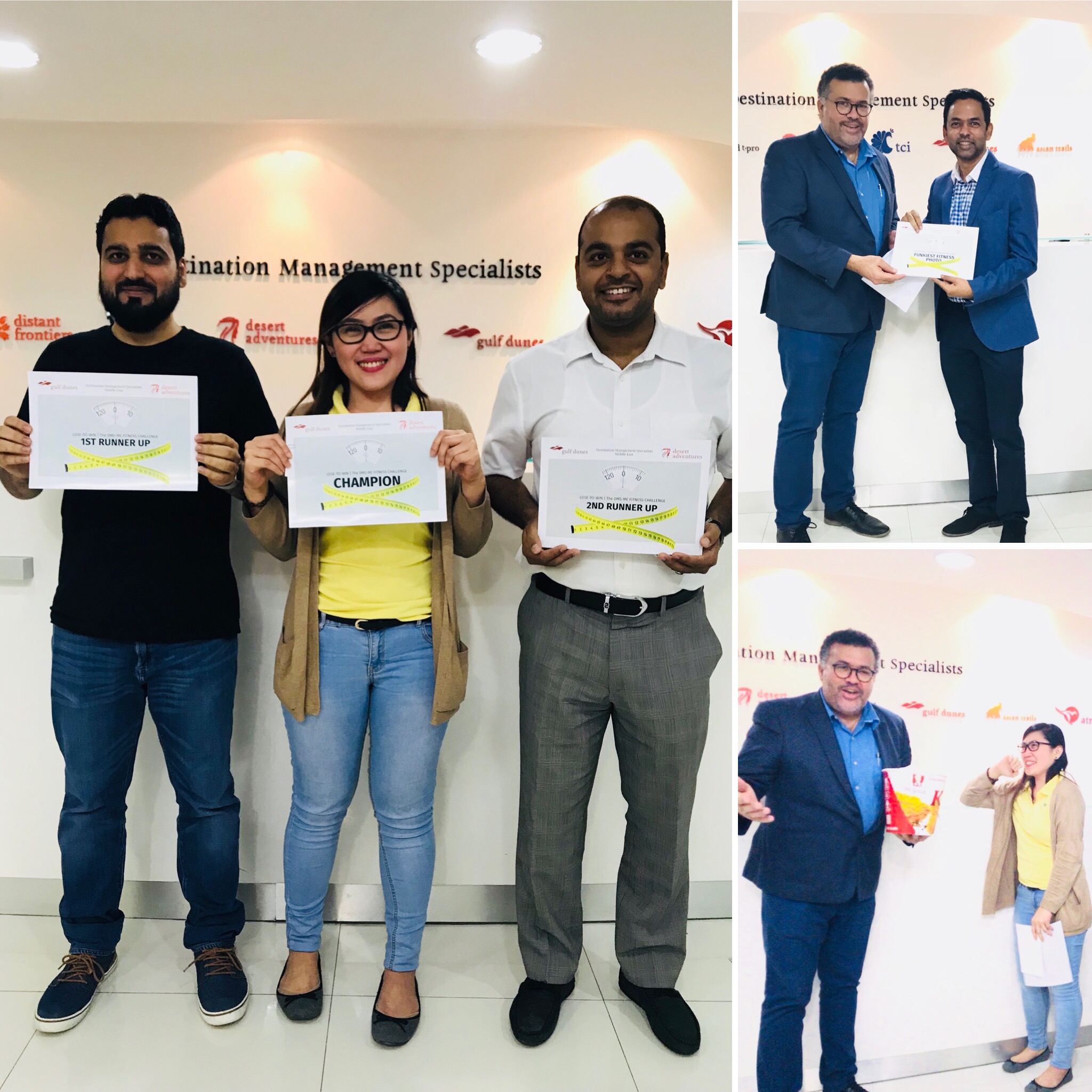 Grace Montero, a member of the Finance team, was declared the champion after losing 6.25% of her weight. She went from 64 kilos down to 60 kilos. She took home a cash prize and a bucket of KFC (to put all the weight back)!

Muhammad Ali, also a member of the Finance team, and Tarek Alghar, Business Development Manager, were declared the 1st and 2nd runners up for having trimmed down their weight by 5.88% (from 85 kg to 80 kg) and 4.44% (from 90 kg to 86 kg) respectively.